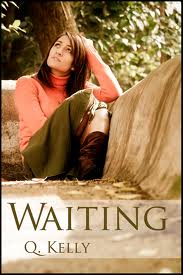 30 year old Caris Ismay’s life is not going according to plan. She has just had a baby and her 56 year old wife, Dale, has had an automobile accident. Dale’s coma turns into be a vegetative state. Their marriage was over before the accident, but how can Caris abandon her now?

29 year old Lena Ismay is Dale’s daughter from a previous marriage. Lena is the keeper of Dale’s huge secret. A secret that she feels Caris has every right to know about, which may shed some light onto Dale’s strange behavior before she had the accident.


Lena is hiding a secret of her own, which if revealed may destroy Caris and Lena’s budding friendship. Which for Lena means much more than Caris can ever know. Caris herself is also keeping her feelings to herself. It wouldn’t be right to allow them to surface, would it?


The day arrives when Caris and Lena can’t fight the growing attraction between them and they kiss passionately. Will Caris and Lena throw caution to the wind to pursue their attraction and what may possibly be true love? Will the fact that Caris is Lena’s stepmother, although there is only a years difference in their ages, get in the way? Will love overcome tragedy?


This is Q Kelly’s third book. It’s a truly excellent, hard hitting, gritty read. Like the other two books by Q Kelly, I couldn’t put this down.


Q Kelly covers controversial topics that many authors would fear to write about. She writes with sensitivity, caring and understanding that shows in her works. It is quite obvious that Q Kelly has done a lot of extensive research into the topics covered in this book. The notes at the back of the book give a very good insight into Dale’s condition.


I love the characters Caris and Lena, they are well described so that the reader can feel an affinity with them. The rest of the characters each have their own parts to play in moving the story along.


I eagerly await the fourth book by Q Kelly. Each of her books is totally different from the last. What will be next?
Posted by Terry at 15:46