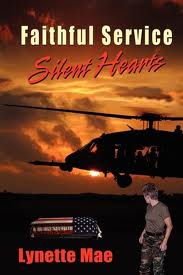 Devon James has not had a good childhood. She suffered abuse from her alcoholic mother, which got worse after Devon admitted she was gay.. Devon joined the army to escape and with the hopes of improving her life. At the end of boot camp training, Devon was recommended for officer training. Devon meets and falls in love with Jillian, the woman of her dreams. Unfortunately the CID (Criminal Investigations Division) have Jillian on their radar. Both Devon and Jillian’s careers are at risk as the CID begins a witch hunt against them and their friends. Circumstances cause Devon to lose the woman she loves and she throws herself into moving on with her career.


Devon is posted to the middle east, where she suffers a tragic loss and is injured herself. On her return stateside to recover, Devon discovers the CID are still determined to oust her from her exemplary career. They will stop at nothing, even telling lies and trumping up evidence. It doesn’t even matter that Devon is a highly decorated, officer and a brilliant leader.


Will the CID get the evidence against Devon? Will Devon ever find the love she so badly needs?


A riveting, nail biting story I simply couldn’t put down. This book fired up so many emotions for me. The character Devon, will stay with me for a long time. The anger I felt at the CID knocked me sideways. Only a well written story could bring these feelings out in me. I honestly felt as though I was there with Devon every step of the way.


I served in the military in the early 1970’s, in a different country from where this book is set. But no one would know the difference between the way the two armed forces conducted their witch hunts. The behaviour of the CID is so accurate, it caused shivers down my spine.


Well done Lynette Mae, this is a brilliant debut book.. I look forward to reading more from you in the very near future.