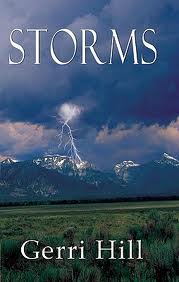 Carson Cartwright has been estranged from her father and four brothers for the twelve years following her mother’s death. She gets a phone call out of the blue from her twin brother, Chase. Their father is on his death bed and Chase urges Carson to return home for a reconciliation before it’s too late. Carson reluctantly returns to the Montana ranch she grew up on. On her return she finds that the ranch is rather run down and the brothers have been struggling to make ends meet. She also discovers that her brothers have hired consultant Kerry Elder to help them to turn their working ranch into a guest (dude) ranch.


Kerry has only just started her own business. She will do almost anything to win the contract, including flirting with Carson’s brother, Cody. Little does Kerry know at the time, it is not Cody who will take her eye, but Carson.


Kerry is confused by the feelings Carson brings out in her. She has always considered herself to be straight. Carson herself, although a confirmed lesbian, is frightened of her feelings for Kerry, she’s never actually been in love before.She’s always steered clear of commitment.


Will Carson let go and allow herself to fall in love? Will Kerry come to terms with falling in love with another woman? Will Carson reconcile with her father and forgive him? What will happen when Cody finds out the woman he intends to marry is smitten with Carson?


After a bit of a slow start, the story really picked up nicely. I like Gerri’s way of writing. The characters come to life on the page and the stories are always well written. This is a typical lesbian romance. What I would call a nice comfortable read.