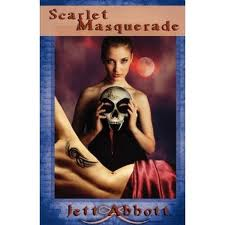 AJ Lockwood, aka Alexandra Locke is a lesbian vampire. She lives her life among the living and owns her own successful pharmaceutical company that manufactures the blood tablets she needs to survive. No more human feeding for AJ. Clarissa Graham, aka Clarissa Dumonte is also a vampire, she used to be Alexandra, (AJ’s) lover many years previously in France. That was before Clarissa became a vampire though. Alexandra (AJ) thought Clarissa had died from the plague. She spent many years mourning the death of her soul mate, the only woman she had truly loved. AJ has had flings with other women since, but would not allow herself to to fall in love and have a meaningful relationship. Then one night in a lesbian bar, AJ sees a woman she thinks is Clarissa. But this must be impossible, Clarissa is dead, isn’t she? AJ is now on a mission, she is determined to find out if the woman is Clarissa. How could this be? AJ will leave no stone unturned in her quest to find out the identity of this woman. There is also the question that if she is Clarissa, who had turned her into a vampire? As the investigation gets underway, AJ finds out there is someone else following the woman she believes to be Clarissa. But who? Why is someone out to kill Clarissa? So many questions that need answering. But who can AJ trust to protect her from this unknown assailant?


A vampire story full of suspense, intrigue and betrayal. Very well written, a vampire story with a bit of bite and a twist. The supporting characters are brilliant. I loved Selene and her interaction with AJ. I found myself hoping from the beginning that Clarissa would be  AJ’s lover from the past. It was good that we get to go back to the past to find out how AJ and Clarissa’s lives had been before. The transition between the past and the present was very well done, no wondering if the story was past or present. This for me was a real page turner. The ending of the story is complete, but there is an opening for a sequel. I am really hoping this will be the case. I haven’t had anywhere near enough of AJ and Clarissa yet.