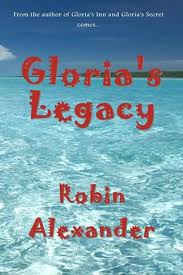 Adrienne and Hayden are expecting their first child. There isn’t long to go until Adrienne gives birth. Although Adrienne has to take it easy, it’s Hayden that is going out of her mind. As always with Hayden, she simply has to find things to do, often with hilarious and/or disastrous consequences.

Added to the list of Adrienne’s and Hayden’s worries and concerns, is a young woman guest. A woman hiding secrets. A woman who will unwittingly bring mayhem and disruption to their peaceful world on Cat Island. A woman however, who quickly endears herself to Adrienne and Hayden. What will happen when her secrets are divulged? Who is looking for her on the island and for what reason? Will Adrienne and Hayden be safe?


This is the third book in the series and as always we meet the delightful characters from the previous books and some equally lovable new ones too. Well almost all of them are lovable! There is no need to read the first two books in the series, but you will be seriously missing out on some good books if you don’t.


The antics of Hayden are as always a laugh a minute. How Adrienne survived her pregnancy with the accident prone Hayden around, I’ll never know. But maybe Adrienne’s special gift helped her out.


As this series has gone on, it has become apparent to me that it would make an absolutely hilarious dark comedy drama either for a film or a TV drama. It doesn’t hurt that there is a hot romance at the centre of each adventure either. Oh, as an after thought, did Adrienne and Hayden have a boy or a girl? Read the book and find out.