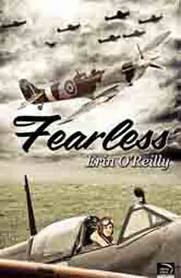 This book tells the story of a diverse group of women who all had one thing in common, their love of flying. It tells the story of how each of them came to join the Air Transport Auxiliary, the ATA, at the beginning of the second world war. The ATA was not well received by some of the male pilots and sometimes the women found themselves in danger from those that should be their allies. They began by flying the small Tiger Moths then Spitfires. By the end of WW11 they were flying all airplanes that were used in the war.


We have Australian Brenda who lived in poverty and was beaten and abused by her father. She was found by Sarah on one of her air record breaking trips. Sarah eventually returns to Australia, rescues Brenda and takes her to England, where she teaches her to fly. There is Meg from Ireland. Her Uncle Shamus taught her to fly. Unfortunately, she is destined to marry according to her families wishes. Her Uncle Shamus persuades Meg’s mother to let him take her to England, where he ensures she gets more flying hours in to enable her to apply for the ATA. Lady Millicent is English gentry, but her love of flying and her overwhelming wish to serve her country, makes her choose between flying and being with her family. Jo and Midge are American’s. Midge persuades Jo to go to England and join the ATA.

All these women and others too, form part of an all women’s branch of the ATA in Southampton. We read of their courage as they ferry sometimes barely airworthy planes, without communications or the means to defend themselves, from one place to another to free up male RAF pilots for battle.


All these women had to help them was the notes made by their comrades from previous flights. They never gave up and flew on in the face of their enemies.

The story has both excitement, adventure and romance. A story of courage, love and loss. We are given a tasteful insight into the lives of these courageous women who did a dangerous but necessary job, for little recognition.

I thoroughly enjoyed the story. It was nice to have the background on the characters as it made me feel as though I knew each of them personally. The story is primarily about the women and the job they do, but does have a nice touch of romance as well. Definitely a book I would re read.
Posted by Terry at 10:42