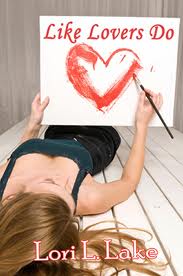 To all intents and purposes, Kennie McClain is a security guard at the Allen Arms. Unknown to all the tenants in the building, Kennie actually owns the Allen Arms. Kennie is still grieving from the loss of her life partner, Janeen ,of thirteen years, three years earlier. It was after Janeen’s death that Kennie, to escape her previous life, moved form New York to Portland for a fresh start. Kennie is gradually refurbishing the Allen Arms, while she tries to overcome her grief.

When Kennie meets Lily Gordon, a well known painter who lives in the penthouse flat at the Allen Arms, Kennie begins to think she may just be able to pull out of her deep dark despair. Lily has been dumped by her lover of four years, PJ. When Kennie and Lily get together, the chemistry between them is electrifying. Kennie is elated to find she can respond to someone again. But it all comes crashing down around her when Lily decides to give PJ another chance. Kennie is now left nursing a double broken heart. Will Kennie ever get over Lily’s betrayal to love again? How will she manage to live in the same building as Lily? How can she stand to see her each day?


Another winning book for Lori Lake. I found myself hoping that Kennie and Lily would somehow get back together. I really felt for Kennie. I loved the character of Max, the teenager that Kennie helped out. A story of love that showed me that blood family isn’t always as important as the family you choose for yourself.