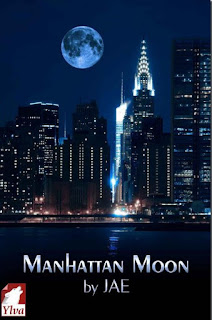 Psychiatrist, Shelby Carson, works in a busy emergency room. Outwardly, Shelby is just like any other busy, hard working doctor, except she is hiding a secret. Shelby is a Wrasa, a shape shifter. Shelby can’t afford to let her guard down, not ever. No one must find out what she is.


Nyla Rozakis is a nurse in the emergency room. Nyla is human. She’s also got her eye on Shelby, quite oblivious of Shelby’s secret.


Shelby can’t help herself, even though she knows it’s wrong and nothing can ever come of it, she asks Nyla out. Shelby is smitten with her.


For Nyla, it’s a dream come true and she jumps at the chance of a date with Shelby. Will Shelby be able to keep the promise she’s made to herself to just go on one date with Nyla? What will happen if they are seen by other Wrasa? Both their lives could be in danger. Is Shelby willing to risk it? More to the point, what will Nyla do if she finds out about Shelby’s secret?


This novella is a spin off to Second Nature. As with all of Jae’s books I’ve read, this one is a page turner. However, I felt there were a few loose ends that could have been tied up, but due to the short length, haven’t been. It’s a shame really, because this novella could have been made into a longer book and then it wouldn’t have appeared to have been so rushed. But it’s still a worthwhile read.