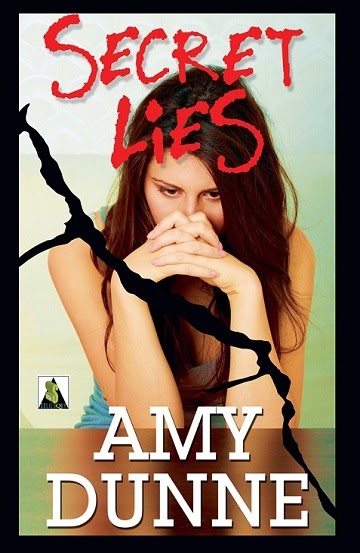 After years of abuse at the hands of her step father, Nicola Jackson, (Nic) can’t take any more and finally leaves her family home. She has nowhere to go and no friends she can turn to. When Nic literally bumps into Jenny O’Connor, one of the most popular girls in school, they hit it off right away and a friendship between them develops. Soon they are best friends and sharing their deepest, darkest secrets. Their friendship escalates into a romance that must, at all costs, be kept a secret. Although Jenny is in love with Nic, she is too frightened of losing her family and friends to go public.


As time goes past, Nic finds the courage to face her abuser in the hope of trapping him into admitting his abuse and leaving the family home. Unfortunately, Nic’s plans go terribly wrong.


Will Jenny come through for Nic, even though it may mean her life will never be the same again?


This is Amy Dunne’s debut book and she is off to a flying start in the world of lesbian fiction. She’s shown she can pen a good book on extremely difficult topics. Abuse, self harm, homophobia and two inexperienced young women embarking on their first lesbian romance together, comprises just a small part of this well written and researched story.


The book is a fast paced page turner from the first page through to the last page. I found it emotionally harrowing to read in places. But the story and the characters have all stayed with me days after I finished the book.


The two main characters, Nic and Jenny are both fully developed and multidimensional. The secondary characters are equally as well portrayed and play their parts to perfection. All except for one. Elizabeth, (Jenny’s older sister) her behavior is unbelievable. She storms in, full of hatred, all religious and holier than thou, homophobic and demanding, treats both Jenny and Nic like outcasts, upsets their relationship and a short while after is purring like a kitten backing them both up in the face of adversity. In my opinion, there is no way that a person as hateful as she is portrayed would do a complete turnaround. Especially not in such a short space of time. But, this is my only problem with the book. It didn’t spoil the story at all, but was a small, niggling annoyance.


The fact that Jenny and Nic were as different as chalk and cheese adds to their charm. Opposites can and do attract and their differences are very well described in this story.


Although the overall theme of this book is a serious one, there are light hearted times and humor throughout to lighten the darkness.


I’m very pleased I read this book, even though Jenny and Nic are young enough to be my granddaughters. No matter what age you are, this is a great story. One that I will re-read.