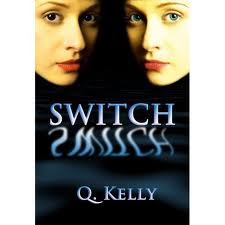 
Forty year old Ellora Landry has been in a loveless marriage for over twenty years. She has had her own reasons for staying with her husband Jeffrey, but that is all about to change. After a startling discovery and a cash settlement, Ellora is ready to move on. Ready to live her own life and be herself.


Forty year old June Blue Sky is an out lesbian. She runs a hippy store with her sister Peaches. When June hears some potentially life changing news, she doesn’t realize just how much her life could change.


Both Ellora and June were switched at birth.


Ellora and June find themselves being attracted to one another.


June is hiding a secret though. Ellora has just left Jeffrey. Both women have reasons why it is not a good idea to start up a relationship. What will happen when secrets are told? Can Ellora and June hide from true love?


The story of babies being switched at birth is not a new one and has actually happened. But the story of Ellora and June is certainly like no other story I’ve read before. The fact that both women turn out to be lesbians is a good twist.


I liked the storyline and the characters. Although I found myself becoming a little confused with June’s mother’s name, Understanding. It pulled me out of the story as I couldn’t grasp that Understanding was a name and not part of the dialogue.


I found it difficult to believe that Ellora would move in and live with two Indian men she didn’t know. Money wasn’t an issue for her, she could easily afford a place of her own. As Ellora was coming to terms with her sexuality, I would have thought if she must share a place, she would choose women to share with. But that is just my opinion.


Ellora and June’s relationship happened very quickly. But stranger things have happened in real life and this is fiction.


The reactions of Ellora and June’s parents to the situation is about what I would expect too.


Overall the story is good and I enjoyed it, although I thought it was a bit on the pricey side for what it was.