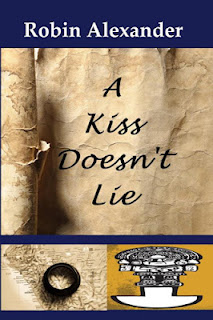 Jodie Grant had plans. She had a promising job interview and a date planned with a potential new lover. Unfortunately Jodie was kidnapped at gun point from her father’s funeral and taken to Peru, before she could put either plan in operation. It seemed to Jodie that her father was reaching out from his grave. The reason for Jodie’s kidnapping was all his fault.


Dr Blair Whittington originally ended up in Peru in search of ancient artefacts. Unknown to Blair in the beginning, she had been duped into helping Jodie’s father, Nicholas Grant, in illegal antiquities trading. By the time she realized, it was too late, Nicholas had been killed and she was being hunted by persons unknown. Blair now has to rely on Jodie to decipher Nicholas’s letters to find the ancient treasures and finally be free from their pursuers.


Blair and Jodie are soon embroiled in an adventure and a trail of murder and mayhem that could only be described like being something from out of an Indiana Jones film. Along the way, they find love. But they have to find a way of keeping one step ahead of their pursuers to stay alive. Will they be able to find the treasure? Will they stay alive? Will they ever get back to America in one piece? Will they ever have the kiss that doesn’t lie?


A well told adventure story. A real page turner from start to finish. The story mainly takes place in the jungles of Peru. The scenery is very descriptive. The story kept me on the edge of my seat throughout.


I loved the two main characters, Jodie and Blair. At first they seemed as different as chalk and cheese, but then the similarities between them begin to shine through. I love Robin’s writing and always look forward to her latest book. This one does not disappoint. If you like a fast paced adventure story with a nice romance for good measure, I think you’ll enjoy this one.
Posted by Terry at 15:39