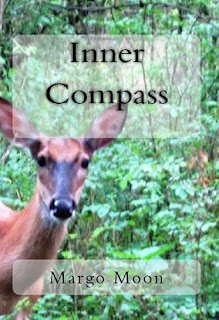 Journalist Alexi Jule, (Alex) is on an assignment to investigate the killing of some poachers in the Appalachian Foothills, Tennessee. Alex turns up before the hunting season begins, hoping to get settled in and chat to the locals. Alex’s first interview is with a local hermit, Faye Carson. From the moment Alex met Faye, she was smitten. Faye isn’t like any hermit Alex could have imagined. Unfortunately, Faye is also the number one suspect in the murders. Alex has to negotiate the rocky road of falling in love with the woman central to the murder investigation. What will her inner compass lead her to?


Faye is used to being alone with her animals and has been for years. She’s also hiding a past that may interfere with her future. But, truth be told, she’s just as smitten as Alex. Will Faye reveal her past to Alex in order to move on?


This story is a well written, beautifully woven tale of mystery, intrigue and murder. It also has a sweet and tender romance at it’s heart.


This is Margo Moon’s second book and she is showing true promise in being a top notch, up and coming lesbian fiction writer.


I loved the scenic settings, so well described, I lost myself totally in amongst the characters.


There are three main characters, all are fully developed and multi faceted. They are joined by a brilliant cast of secondary characters to enable the story to go forward in it’s tumultuous journey to the end.


Alex and Faye quickly fall in love. Hovering on the edge of their romance is Chloe, Alex’s ex lover and her long time best friend. Surprisingly, all three women get on very well together after an initial distrust on Chloe’s part, without the usual jealousies sometimes encountered by ex’s and new partners. However, when Chloe meets Jessica, things do get a little more difficult for Chloe.


This book is more than a regular mystery/romance. There are a lot of emotional highs and lows as well as some extremely hilarious moments. There is a lot of ground covered in this book. Look out for Sheriff Lindegaard!


I enjoyed meeting Faye’s animals, Colt the dog and Castor and Pollux the two cats. They all played a good role in the story as well as adding to the amusement.


I think one of my favorite characters was Theory James. a colorful character with an uncanny ability to see things no one else can. I’d love to get to know her better. I would dearly love a sequel to this book. There is a lot more these characters have to tell us. We haven’t heard how Chloe and Jessica get on yet. Hint, hint.


If you love a good mystery, a romance and animals, give this book a try.


I’m looking forward to reading more from Margo Moon in the not too distant future.